So, last night I was feeling ambitious and decided to make some nice fresh Whole Wheat Bread.  I wasn’t sure what “proofing” is, and just decided to wing it.  I followed Wes’ directions, and added the yeast to the butter, molasses, and milk (I used almond milk).  I stirred it around, and got a little foam on top, and figured that was it.

I discovered two important things, just a little bit late, that I missed by using the end yeast packet (the one with nutritional info) instead of the middle one:
1) There are actually proofing instructions on the yeast packets.  (you are supposed to let it sit for 10 minutes before continuing your recipe)
2) It is now 2015.  Which means that the yeast I thought was good until April, actually expired many months ago.

So… I got this.  A sad, heavy squishy biscuit bread.  Not liking to waste food, I went to sleep trying to think of ways to use it… Hide-a-Key… Street Hockey…Yoga Block… This morning, I finally settled on slicing it very thin and using some of it as a crust for muffin cup frittatas.  I threw the rest away.

Then I started again, this time really reading the instructions first, and using a much newer packet of yeast. After 10 minutes, it looked like this:

I was already way, way ahead.

Since I had used up most of my whole wheat flour on the first try, I used a combination of wheat, organic white, and even a little bit of oats.  This time, the dough rose beautifully, all the way up to the edge of the pot, and baked the way it should.

These are a few of Gran’s Recipes that I have just rescued from the “drafts”  pile… enjoy!

Scalloped Potatoes
From: me (printed in my distinctly careful c.mid 1990’s style, when I trained myself to curl the bases of my “t”s)

Heat oven to 350 degrees.
In a 2 qt saucepan mix:
1 can cream of mushroom soup
2/3c evaporated milk (regular whole milk ok too)
1/2c grated cheese (cheddar 🙂 ) yes, the original recipe includes the smiley emoticon. Not having been to Europe yet, I had not yet discovered the full scale of the cheese world and cheddar was my favorite. Such simple times…

Comments: Great, if I do say so myself.  Use your favorite cheese, my choice now for scalloped potatoes would be a nice havarti or swiss.
The only problem is that I neglected to say how much potato you need… ah, well, you’ll figure it out.

Heat sliced potatoes, milk, and seasonings to a simmer. Turn into greased casserole. Sprinkle grated cheese on top. Bake at 375 degrees for 30 minutes.

Comments: I remember this one the best, as it is possibly the oldest of the three. We used to burn the edges of the casserole on purpose, so you may want to watch to make sure it cooks to your liking. Burnt cheese was like gold at our house, and we would often fight over who got to scrape the pan. Now that I think of it, my mother probably encouraged this behavior as it made washing the pan that much easier!

No instructions came with this!  Going by the previous recipe for chocolate chip pie, this is my best guess:
In blender, sprinkle unflavored gelatin over cold half and half; let stand 3 minutes.  Add hot half and half and process at low speed until gelatin is completely dissolved, about 2 minutes.  Add eggs, sugar, flavoring and color; process until blended.  Add ice cubes, one at a time; process at high speed until ice is melted.  Chill blender container until mixture is slightly thickened, about 10 minutes.  Fold in chocolate.  Turn into prepared crust; chill until firm.  Garnish if desired, with whipped cream*.  Makes about 8 servings.

*Whip 1 c of heavy cream with 2 Tbsp sugar and 1 tsp vanilla, spread on top to serve.

*Don’t blame me if I am wrong; but comment if this works!

Pumpkin?  Ice cream?  Flaming Hearth?  Why I like ALL those things!!!
(Copied from a newspaper clipping; paper unknown)

Pastry:
2 c sifted flour
1 tsp salt
1 Tbsp sugar
3/4 c shortening
1/4 c ice water
Blend the flour, salt and sugar; cut in the shortening until the particles are the size of peas.  Add ice water and toss together.  Roll out and fit into two 9-inch pie pans.  Prick thoroughly, then bake in a 425-degree oven for 8 to 10 minutes.  Cool.

* if you are only preparing one pie, the other shell can be frozen for later.

Wow, definitely a “cheat day” recipe.  I would forgo the extra syrup to cut the sugar a little; it looks delicious enough without it!

From a Knox Gelatin packet:

In a large bowl, mix unflavored gelatin with sugar; add boiling water and until gelatin is completely dissolved.  With electric mixer, beat in cream cheese and vanilla until smooth.  Pour into prepared crust; chill until firm.  Garnish, if desired, with fresh or canned fruit.  Makes about 8 servings.
* for a Lemon or Almond Cheesecake: substitute 1/2 tsp lemon or almond extract for vanilla.

This post I will have to add to as I go, as I am guessing there are more in the pile somewhere….

Scrawled between two sheets of scrap paper, one a little more specific in instructions…

There is a gourmet hot dog restaurant here in Pittsburgh.  This reminds me of a special “conundrum” dog they have, comprised of a vegetarian dog topped with beef chili.  Delicious.

The following is either a recipe for barbeque sauce or a complex math equation…  Submitting it in its original written form.

This one I am definitely trying…

My uncle and aunt sent Mom a Christmas package this year that included smoked salmon.  As we sat down to a delightful Christmas morning brunch with cream cheese and sprouted wheat bagels, Mom raised her glass and said, “I have one thing to say… Happy Hanukkah”

* I actually have no idea what this word is supposed to be; add what you like. 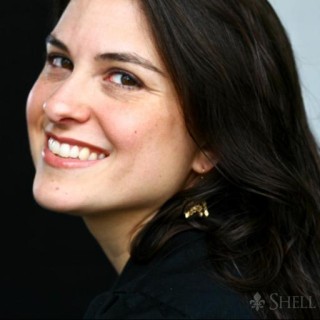 While I love to cook, I don't have near as much time for it as I would like - thank goodness for freezers and crock pots! Check out the links below to find out more of what I do.

Morgan Recipes
Create a free website or blog at WordPress.com.